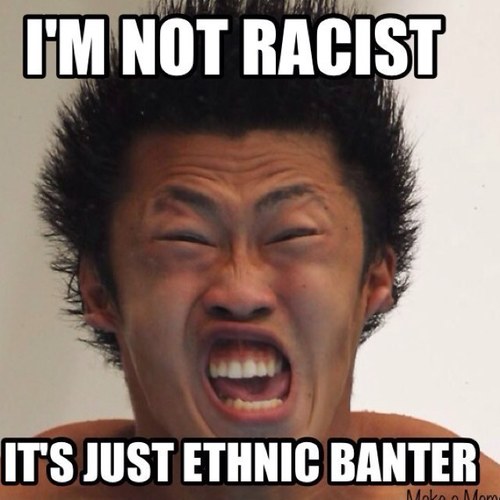 I have been hearing a lot about the whole explosion between Wiley and Jay Sean recently, if you don’t know then in a nutshell, someone told Wiley to hit up  Jay Sean who could potentially hook him up with Cash Money. Wiley responded with, it’s ok he doing his thing. Jay Sean responded with what’s going on? Wiley explained and then Jay Sean didn’t reply for whatever reason. Suddenly there is an exchange between Jay Sean fans and Wiley and all of a sudden it turns “ethnic”! I think that’s the gist of it all.

Wiley went on to Bobby Friction’s show on the BBC Asian Network and having heard the interview, I can’t help feeling that this had the potential for a great interview but as Wiley pointed out, Friction didn’t have the information of what Wiley was responding to. Now, I’m not saying that what Wiley responded with was entirely a good choice to make, I just think that interview had that one flaw, even though it was good to hear what Wiley would say about the whole situation.

Ethnic Banter!? What is that?! It sounds like something, me as a comedian would use to warm up an audience. Essential what Wiley, I think, was trying to say that it was just a bit of banter between “friends” of different ethnic backgrounds. Now I don’t condone racism at all, but I do think Wiley could have dealt with it a little better than he did. Being in the media position that he is, I think he could have and should have used his creativity in a better way. It all sounded like playground kids going back and forth. Much like some of the YouTube comments on movies.

I have come across some quite ignorant people whilst doing comedy, one Asian guy even came up to me and said “I don’t like the Asian jokes you do but I love it when you talk about white people” – his stupidity speaks for itself. But there are always going to be closed minded people that you come across especially if you’re in the media industry, somebody always thinks they know better. It’s the way you deal with it when the spotlight’s on you!

What I did like was Shizzio’s response to all this which took place in the form of a dis track in true Shizzio style. Sounds like he has put across his point and as two artists go, my sadistic side wants to see what Wiley responds with. It’ll be good to see the creative juices flow rather than blood, so lets have a clean fight boys!