The one with the idiot hand shake 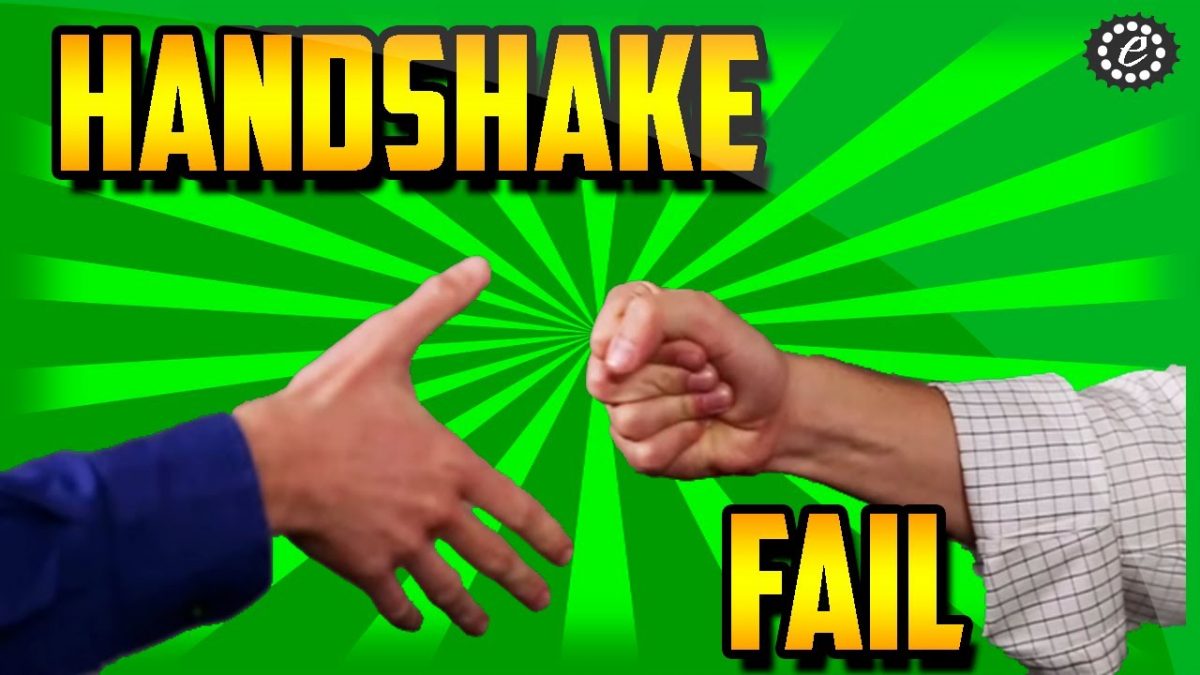 Walking into Tesco at the weekend, I collect my trolley and start pushing it inside. What greeted me as I went through the second set of automatic doors was a confusing situation. You know that moment when someone catches your eye and for a split second you think “Where the hell do I know you from? I know I do, but from where?!” Then it hits you as you nod your head and your brain kicks in to say “Stop that you fool, that person is an idiot and doesn’t even deserve to be acknowledged!”

So that happened, except my brain kicked in just before I nodded, which is a first because normally my mouth works faster than my brain. In front of me presenting himself with a hand out and a “What you sayin'” (clearly can’t speak English properly either), was someone who I can only describe as a total and complete DICK! This was a guy that I once knew at school, who I had no problems with, besides, I’m a nice and friendly guy (honest I am). However, this particular cretin had tasked himself with being friendly to my face, whilst spreading rumors behind my back… which doesn’t normally bother me, but he had took it as far as one of my friend’s parents, (now we all know we don’t take it to the mum!) I didn’t actually know until way after.

So I found great pleasure in ignoring his outstretched hand, replying to his greeting with a “Not today mate” and looking the other way like royalty would to a pauper. Ah the satisfaction to catch the confused, bewildered look on his face as his outstretched hand sailed past my arm like he was using it to steer his body through the air, priceless. Tesco was right, every little does help!