The one with the swedish massage 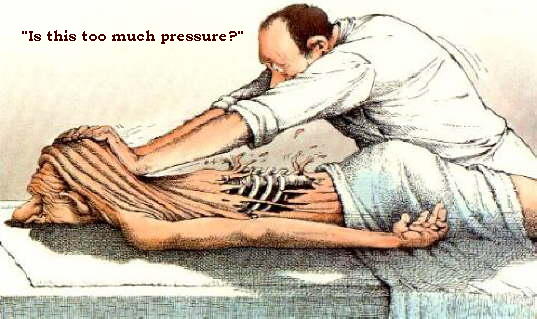 Most guys would like the thought of being touched up by a buxom blonde in a nurses outfit (does that even happen?!), I’m really not one of them. I mean I get scared! Me naked, whilst there is female presence, not my ideal way to relax. It’s even worse when its a guy, let’s just say gym changing rooms are not for me either.

As i said, I’m not one for massages, but it just so happened I had to go as my shoulder had seized up. After a couple of months of shrugging it off (no pun intended), I thought I better get it looked at before it gets worse. I walk in, the guy was a sports masseuse, who was fully qualified in Reflexology and Swedish Full Body Massage, he was about 2ft shorter than me and wore glasses thicker than triple glazing, so I thought, “what the hell, what harm could he do?!”

Let me tell you, looks can be deceiving! Even though this guy looked like he could fall over in a light breeze, I think you’re in a vulnerable position under a towel whilst the other person can get you in a Vulcan neck grip! However, it did relax me and I could feel the knots in my “muscles” become loose… I have to say, as my first experience of a massage goes, it’s probably the most fun I’ve had with a guy, not in a gay way. But you should’ve seen his face when I started to massage him back – hey, I don’t want anyone saying I don’t pay my way!